Congratulations to Frank Giusto & Tim Middlebrook on their re-election and to new Trustees Rob Ashworth and Damien Cregeau! A total of 49 ballots were cast and we humbly thank everyone who took the time to vote. Find out more about our current board members by visiting the About Us page on our website. Huzzah!

In addition, we would like to personally thank Matthew Velardo and Julie Mirsberger for their contributions as board members. Your service as volunteers has been exemplary and we wish you all the best in your new endeavors.

Our good friend, author Marilyn Johnson, has written a wonderful book about archaeologists, including our own Bill Sandy, who work tirelessly to preserve the secrets left behind by past civilizations.

The opening paragraph of Lives in Ruins states 'No DINOSAURS appear in these pages. If you are looking for scientists who study dinosaurs, you want to pick up a book about paleontologists. This book is about archaeologists, people who study people and the things that they leave behind-their bones, their trash, and their ruins.'

Marilyn has been a staunch supporter of our efforts to preserve the Fishkill Supply Depot. She has attended and promoted the majority of our events and for that we are very grateful. View a special descriptive video of Lives in Ruins where she describes in her own words the content of her work. Order the book by following the link Marilyn Johnson on Amazon.

Buy FOFSD gear! EmbroidMe.com offers durable clothing at a reasonable cost. Embroidered or printed, custom apparel make terrific gifts for friends and family during this holiday season. Get your gear today and support the FOFSD at the same time. It's a win-win! 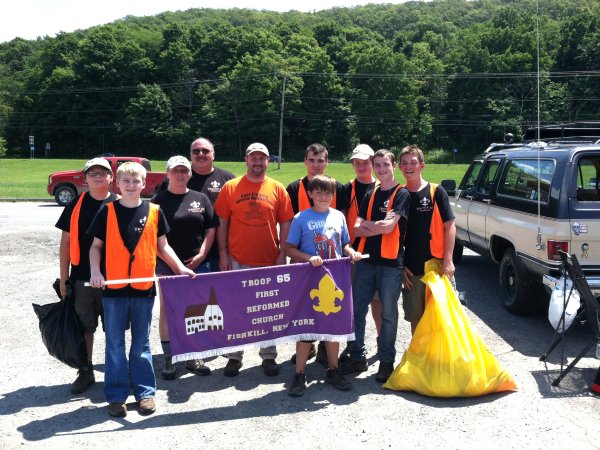 May 25, 2014 -Our research team, lead by Secretary Judy Wolf has identified Captain Zachariah Beal as another soldier who died at Fishkill raising our grand total to 85 patriots. Captain Beal of the 3rd New Hampshire regiment was killed during a mutiny attempt on 7 Nov 1777. Read the full story Mutiny at Fishkill here. Captain Beal left behind a wife and two children. May he rest in peace.

In the news: Private John Thomas of the 6th Maryland regiment has been verified and added to our primary list of soldiers who "died at Fishkill." Also, new information has come to light on Private Jesse Dillion, he may have survived. In lieu of this, Pvt. Dillion has been removed from our primary list and added to "other notables." Records kept during the Revolutionary War sometimes have conflicting reports. The FOFSD is committed to the integrity of our tribute page and when questions arise we go back to the starting point to ensure our information is correct. Stay tuned as we unravel the mysteries of the heroes of the Revolutionary War and the Fishkill Supply Depot. 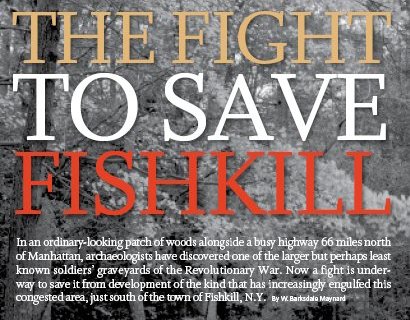 Kudos to the National Society Daughters of the American Revolution (NSDAR) for featuring the Fishkill Supply Depot in their May/June issue of American Spirit.

The Friends of the Fishkill Supply Depot want to express our deepest thanks for bringing attention to our struggle and in honoring the men of the supply depot who made the ultimate sacrifice by giving their lives at Fishkill. Published by Hammock Inc., American Spirit is the award-winning magazine of NSDAR available at newsstands today but we highly recommend you subscribe. The cost is only 18 dollars per year! To purchase American Spirit by mail, contact magazinesubscriptions@dar.org. For questions or to place your order by phone, call 1-866-327-6242 and tell them you're a friend of the Fishkill Supply Depot!

Special thanks go out to Jamie Roberts. Your guidance made this wonderful article a reality. Huzzah!