In 2007, archaeologists confirmed what local historians and others could not: the existence of a Continental Army burial ground where at least 300 soldiers lie forgotten in unmarked graves upon land once known as the Fishkill Supply Depot. Up until then, the burial ground was considered folklore, something of local legend, no solid proof had ever been discovered. Unfortunately, this single parcel of undistured land was found to be privately-owned and slated for commercial development. At risk was not only the soldiers cemetery (the largest burial ground of the Revolutionary War) but other identified ruins.

For this reason, the not-for-profit [501(c)3] organization "Friends of the Fishkill Supply Depot" was formed to advocate for the preservation, study and proper interpretation of this sacred site. Since 2007, members of the FOFSD have spoken before the U.S. Congress, rallied behind legislation to amend the Battlefield Protection Act to include the Revolutionary War and War of 1812 and have sponsored various outreach events such as the annual Revolutionary War Weekend and the national Wreaths Across America honoring our fallen heroes. But time is running out and we need your help to save this national treasure! Donate, get involved, volunteer and tell a friend about us. Encourage others to visit our website and our Facebook page. Together, we can save the depot for future generations of Americans and people from all parts of the world. Huzzah!

Meet the Board of Trustees "In this century, few opportunities exist to directly honor the soldiers
who served under General George Washington."

Our president Lance Ashworth is an Ohio native who has adopted Fishkill, New York as his home. He is a Graduate of the United States Military Academy at West Point and served in the active U.S. Army where he achieved the rank of Captain. After joining FOFSD as a volunteer in August 2009, he was voted President in January 2010, a position he has held ever since.

Under Lance's direction, the FOFSD has met with significant milestones: achieving federal 501[c](3) not-for-profit status; creating and overseeing (in partnership with Fishkill Historical Society) an annual Revolutionary War Weekend encampment; expanding strategic relationships at the local, state, and federal levels; and, developing an organizational roadmap to lead FOFSD now and into the future. 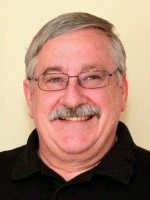 Tim resides in Poughkeepsie with his wife Judianne, a native of Poughkeepsie. He has been actively involved for many years in local community organizations, including the Greater Poughkeepsie Jaycees and the Elks Club. He was active with his 2 sons growing up and was a member of Holy Trinity Parish Counsel and the Holy Trinity Home School Association as Publicity Chairman. When his boys moved to Arlington High School he was involved for 8 years in the Arlington Band Boosters, holding offices as Treasurer, Vice President and President. He has been actively involved in Boy Scouts for over 20 years, as a Cub Master, Scout Master, Committee Chairman and is currently a District Commissioner for the Dutchess District.

Tim has been employed as an Insurance Claims Adjuster for the past 35 years and when not working enjoys photography and has been closely involved as Photographer for the Walkway Over the Hudson. For the past ten years, I have been activity involved in historic preservation and the Hudson Valley community. I am a founding member of the Fort Homestead Association, whose goal is to see to the preservation of the Fort House (circa 1750) on Rt. 9 in the Town of Poughkeepsie.

I have also been an officer for Cider Mill Friends of Open Space and Historic Preservation, Inc. This organization successfully purchased the Kimlin Cider Mill (circa 1880) on Cedar Avenue, Town of Poughkeepsie, and saved it from demolition.

One of my first accomplishments as a councilperson was to save from demolition a small stone barn from the Kenyon estate on the corner on Boardman and Spackenkill Road. 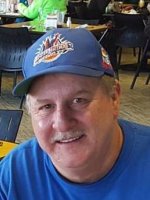 "I am honored to play a role in the fight to save the Fishkill Supply Depot and I couldn't ask for a better group of individuals to work with as we battle for preservation of this sacred site. Long live the FSD, Huzzah!"

Rob started in 2010 as an active volunteer when he agreed to become our Webmaster. Since then he has authored the HTML & CSS, managed the website design and content while handling other social media like our Twitter and Facebook accounts. In 2014 he was elected to our board of trustees.

In his spare time, Rob enjoys attending sporting events in his hometown of Cleveland, Ohio. He loves everything outdoors including camping, canoeing, and wildlife photography. Visit Rob's personal website at: robashworth.com to see a collection of his favorite photographs and other cool stuff. 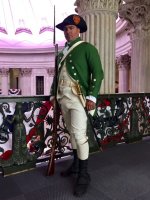 Robert is a Social Studies teacher at Carmel High School in Carmel, New York. He has been teaching American History for 22 years and is a re-enactor for the French and Indian, Revolutionary and Civil War eras.

He has a Bachelors Degree in history from the University at Buffalo and a Masters Degree from Connecticut State University. He is a Master Educator for the Living History Education Foundation and has created and instructed graduate courses such as The Battle for New York in 1776, Private Yankee Doodle, Civil War Times and the Industrial Age in the Hudson Valley, Baseball and the Civil War and Johnny Reb Billy Yank. These courses offer participants a total emersion experience in the periods of both the Revolutionary and the Civil Wars. Participants camp, drill and cook as if they were soldiers living in these eras. He currently teaches elective courses for high school students on both the Revolutionary and Civil Wars as well.

He is married to Annemarie and has two children. He has traveled extensively to Revolutionary and Civil War sites throughout the country. 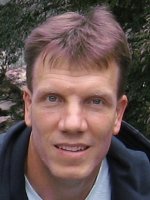 Hello, my name is John Groen and I am very enthused about being one of the new Trustees of the FOFSD. I hope I can offer some skills that will advance the cause of this honorable organization. I grew up and got my bachelors degree in the Midwest, but I have lived and worked in the greater Fishkill area since 1992. I am of Dutch descent, and have discovered a deep and abiding fondness for what started out as the Dutch settlement of Fishkill (originally vis kill, Dutch for fish creek), especially its intriguing history during the Colonial/Revolutionary times. In fact, I was proud to have both of my sons baptized at the historic First Reformed Church of Fishkill, which played several important roles during the Revolutionary War.

I am a research scientist (geochemist) and geological engineer by training, having earned my B.S. degree in 1985 from the South Dakota School of Mines and Technology, and my M.S. and Ph.D. degrees in 1987 and 1991, respectively, from Virginia Tech. In fact, some of my Ph.D. research was funded and inspired by researchers at the Texaco Research Center at Beacon. That work evolved into a Geochemical Research Scientist position for me at Beacon (Glenham), where I was employed from 1992-2003. I have also worked at the Homestake Gold Mine in Lead, SD (which ceased mining operations in 2002, but now houses the Sanford Underground Research Facility). I have been semi-retired since 2004, though I do occasional consulting work, and LOTS of home improvement/home repair work.

Being a geologist who specializes in mineralogy, I am an avid mineral collector, though I have regrettably not done any field-collecting for a number of years. This hobby started when I was attending South Dakota Tech in the Black Hills, which has hundreds of old, abandoned pegmatite mines that are a collectors bonanza, as they contain both large and often rare minerals/crystals. I also enjoy collecting coins and antiques, traveling both domestically and internationally, bicycling, hiking, carpentry/woodworking/building/fixing, and touring historical sites/museums. I also obviously find great satisfaction in helping preserve at-risk historical sites and buildings. Last, but certainly not least, I am an aficionado of stouts, especially Imperial Stouts. My wife, Pat, and I have been married for 25 years, and as mentioned above, we have two sons, Thomas (23), and Pete (20). 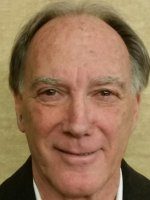 Kevin Hathorn, born in 1948, in Rockville Centre, New York. Mt first 20 years, more or less were spent growing up very well on Long Island. It was an ideal place, back then.

I served in the US Navy from 1968 to 1972. Boot camp was in the Great Lakes base, Basic Aviation Fire Control training was in Memphis, TN, two weeks following the murder of Martin Luther King, Jr.

I spent a year in VA122 in Lemoore, CA, near Fresno, traveling to Yuma, AZ and San Luis, Mexico. Assigned to VA37 in Cecil Field, near Jacksonville, FL, I was attached to the USS Saratoga, CVA 60. In late 1970, we made a Med Cruise, visiting Athens, Naples, Trieste and Barcelona, among many cities.

In 1974 I began a 35-year employment with IBM Semiconductor Research and Development, being married and divorced with 2 boys born in the mid 1970s. I met my current wife in 1982, and we married in 1986, adding one new boy to her two. Seven grandchildren later, were still married.

I learned 50 years ago that I am a direct descendant of John Hathorn, of Warwick, NY. He was a Col. In the Orange County (NY) Militia, and served that area, the entire Hudson Valley, as well as the Fishkill Supply Depot, as its final Superintendent. In addition, he fired up a number of Iron furnaces in the Hudson Valley, and served on the committee to make the Great Chain across the Hudson River during the American Revolution.

I enjoy the Legion, Friends of the Fishkill Supply Depot because they are where a lot of beneficial action is. I can make a difference, an it really means something. I really enjoy playing golf. I shoot around 100, and am always looking to better that score, but not obsessively. My grandchildren are the best in the worldthe brightest and most handsome! 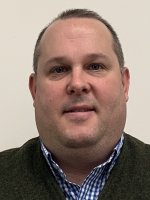 I served in the U.S. Army Reserves as a Sergeant in the Combat Engineers and was activated for Operation Desert Storm. I have an Associates Degree in Construction Technology, a Bachelors Degree in History and Secondary Education (specializing in war history) and a Masters in Instructional Technology. I have been teaching both middle school and high school for over 21 years.

My hobbies include hunting, fishing, camping, riding ATVs and enjoying the great outdoors. I have served as a volunteer fireman for over 15 years and volunteer in the education of youth about historic sites like the Fishkill Supply Depot. Based on research Ive conducted using multiple sources, there is credible evidence on the grounds of the Fishkill Supply Depot to say that soldiers were buried there during the Revolution. So it is fair to ask, how many soldiers are buried there and what artifacts remain in the ground around those graves?

This is what motivates me to save this sacred ground which I believe holds some of this nations finest warriors ever assembled. Not only has my descendent walked those grounds, but a soldier from his regiment is believed to be buried there. So as a former soldier myself, there can be no greater purpose than to see these men and possibly even some women, given the proper recognition and honor they deserve in service of their new country. Keith is a 7th grade Social Studies teacher at George Fischer Middle School in Carmel, NY for over 20 years.

He is a lifelong resident of the Hudson Valley and currently lives in Hopewell Junction with his wife, AnnMarie and three children.

He also is a reenactor of the American Revolution as well as 19th century Baseball. Keith also works as an instructor with the Living History Education Foundation. The mission of the foundation is to assists teachers with connecting to historic sites and sharing activities that will enhance understanding.

By being a trustee with the Friends of the Fishkill Supply Depot, Keith is able to work with preserving an historic site as well as share his passion for history with his students.